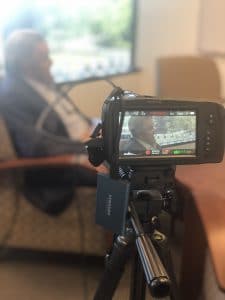 A documentary filmmaker has decided to turn their attention to the solar industry to teach current and future generations about the history and importance of this innovative, ground-breaking business. It also expects to educate the general public on solar power in the hopes of increasing support for it around the country.

And they asked Standard Solar to participate.

So for a day, we had cameras out at our headquarters, talking to different members of our team (including me) for their documentary. And I’d be lying if I didn’t say it was some of the most fun I’ve had in a while. 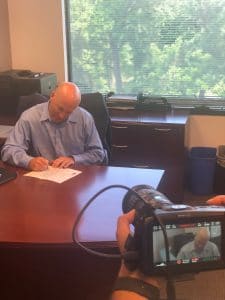 After all, I’m a sucker for the history of the industry. I’ve been in solar since 1975, and I’ve watched it grow from a niche market to a thriving industry that employs more than 242,000 people, eclipsing—by a large margin—the oil and coal industries. There are solar projects in all 50 states, and with each passing year, the solar industry becomes more a part of our electricity generation than ever before.

In fact, a recent article in Forbes suggests renewables are now the cheapest form of electricity generation, even without subsidies. And as prices continue to fall, this will only become more true, not less.

Which is why it is so cool that someone is doing a documentary on the industry’s history and its future. The future is so bright for the solar industry. After all, this is the Solar Century and it just had its best quarter for installations in the entire history of the industry (I’ll be discussing that in another blog post in the next week or so), and more states keep coming to the party. 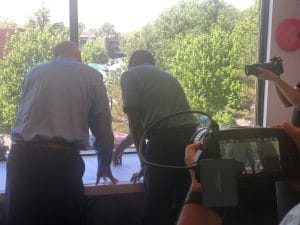 Our home state of Maryland just passed a 50% renewable portfolio standard (RPS) by 2030. New York has been even more aggressive. Pennsylvania, Illinois, Minnesota, Colorado, Florida, Texas, Oregon, and South Carolina are all part of a rapidly growing list of states that are turning to renewable energy (which means more solar). And that’s not even counting the progress that continues to be made in old solar stalwarts like California, Arizona, Hawaii, North Carolina, and others.

We are honored to take part in this ground-breaking documentary and can’t wait to see the final product—thanks to the producers for including our contributions.

Closing The Book On 2020—And Eagerly Anticipating 2021