Michigan School System Will Save $45,000 Annually with Solar

Standard Solar designed, built, financed and now operates and maintains solar arrays at all seven schools within the Flushing Community School district in Flushing, Michigan. The renewable energy, generated by the 1.1 megawatt (MW) of combined arrays, is estimated to save the school district $45,000 annually.

Roof-mounted arrays are installed on Springview Elementary, Central Elementary, Seymour Elementary, Early Child Center and Flushing Middle School. Ground-mount arrays are installed at Elms Elementary and Flushing High School. The energy produced by these seven arrays will offset nearly 100% of the district’s entire current electric loads, which is equal to the greenhouse gas emissions from 174 Passenger vehicles driven for one year and the CO2 emissions from 98.2 homes’ yearly energy use.

“We have always made energy conservation and global citizenship a priority. When we began to explore the possibilities of further improving the efficiencies of our buildings and modeling for our students the importance of renewable energy, this project came to life. We are truly excited to be considered a leader in the use of renewable energy,” said Tim Stein, Superintendent, Flushing Community Schools.

“Public-private partnerships are an ideal option for educational facilities and municipal governments looking to reduce their energy costs and be stewards of the environment,” said Daryl A. Pilon, M.E. at Standard Solar. “We are excited about this project and appreciate the great partnerships in place to make this project a reality for the school district.”

The Board of Education and the administration take stewardship very seriously, whether it’s stewardship of taxpayer money or natural resources. This transaction will save the district $45,000 every year. That’s $45,000 more in our general fund, which can be spent in the classrooms. At the same time, our students will have the opportunity to learn about renewable energy, and to have a very up-close relationship with its productions, which enhances our STEM (science, technology, engineering and math) programs. 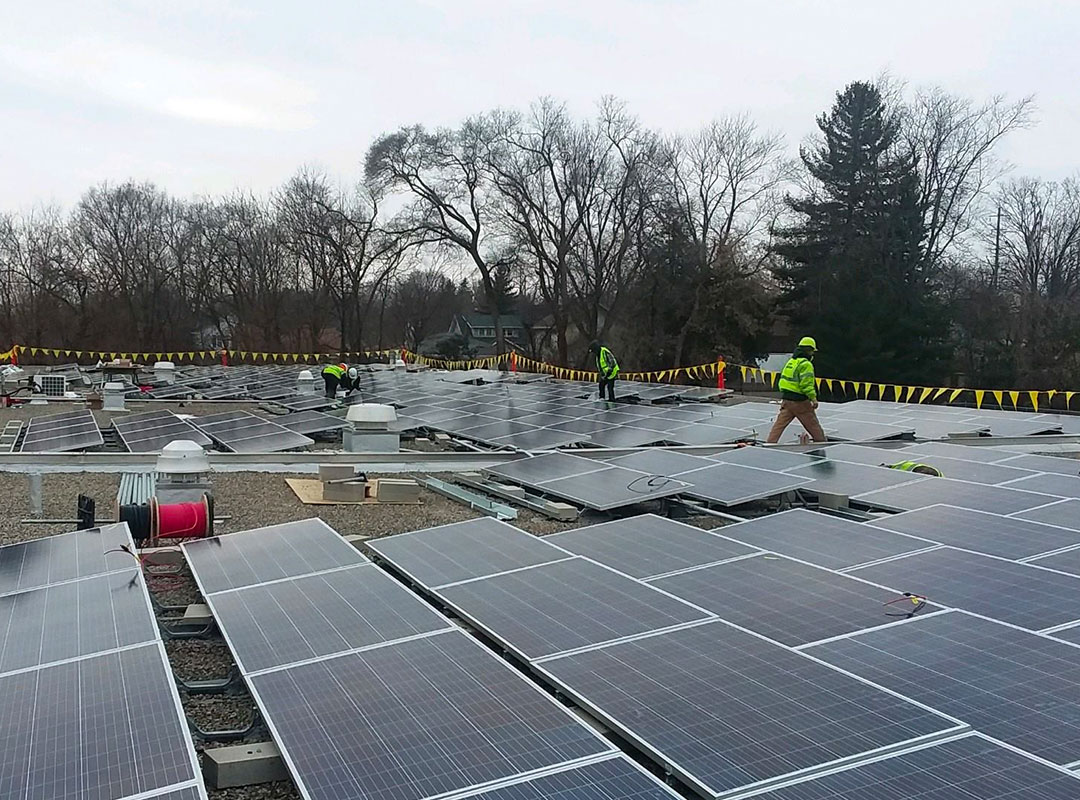 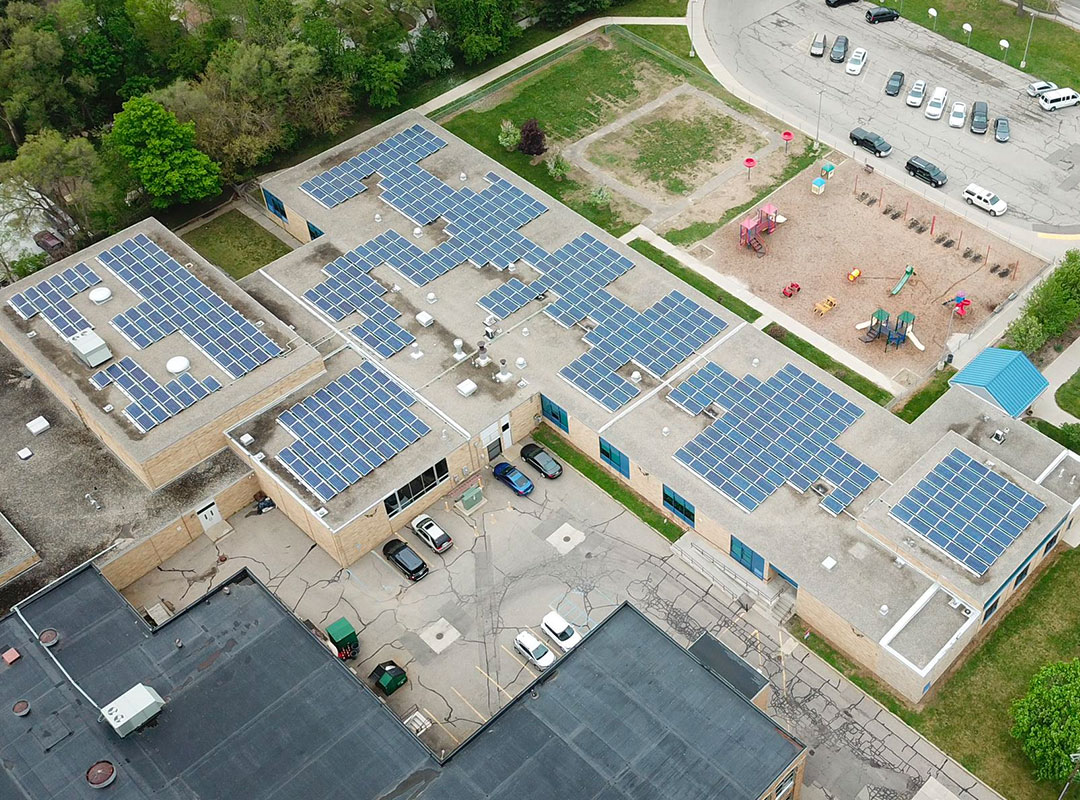 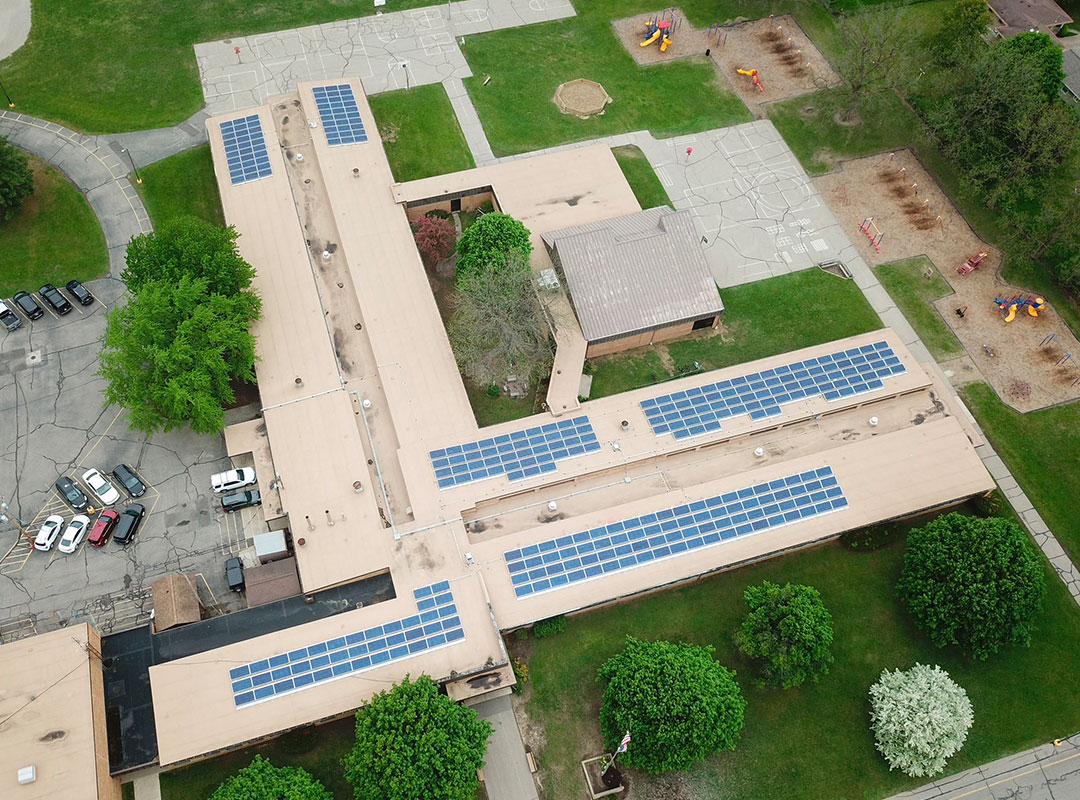 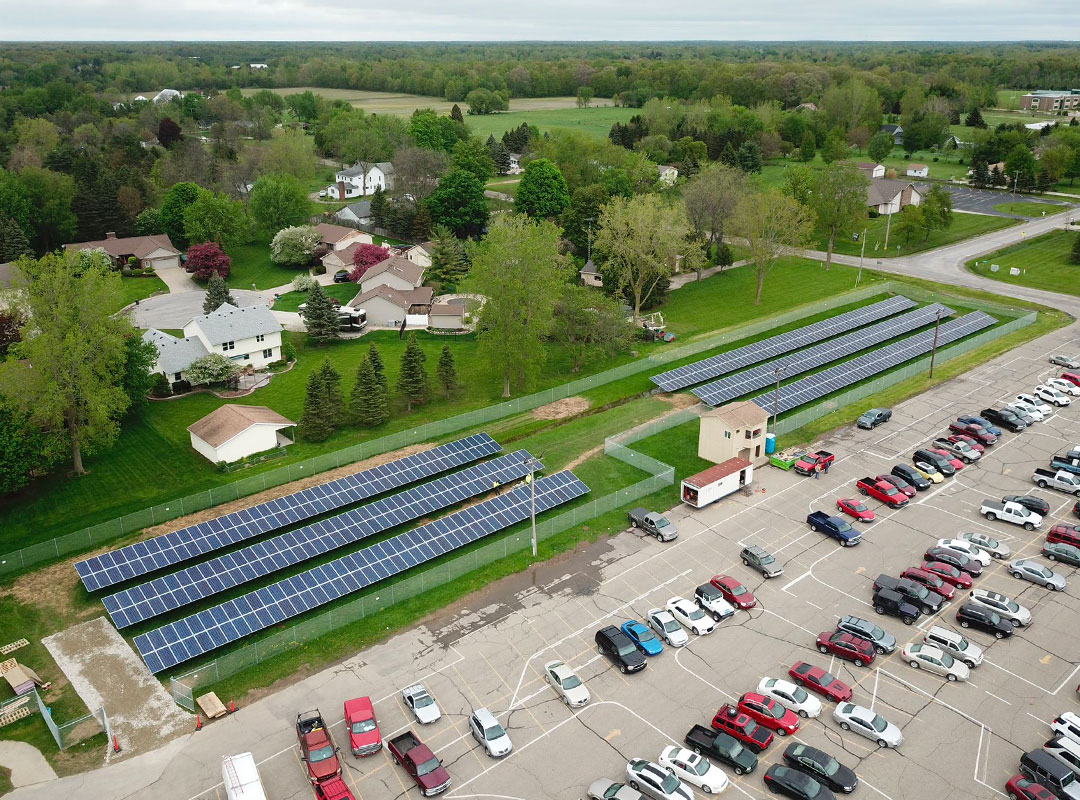 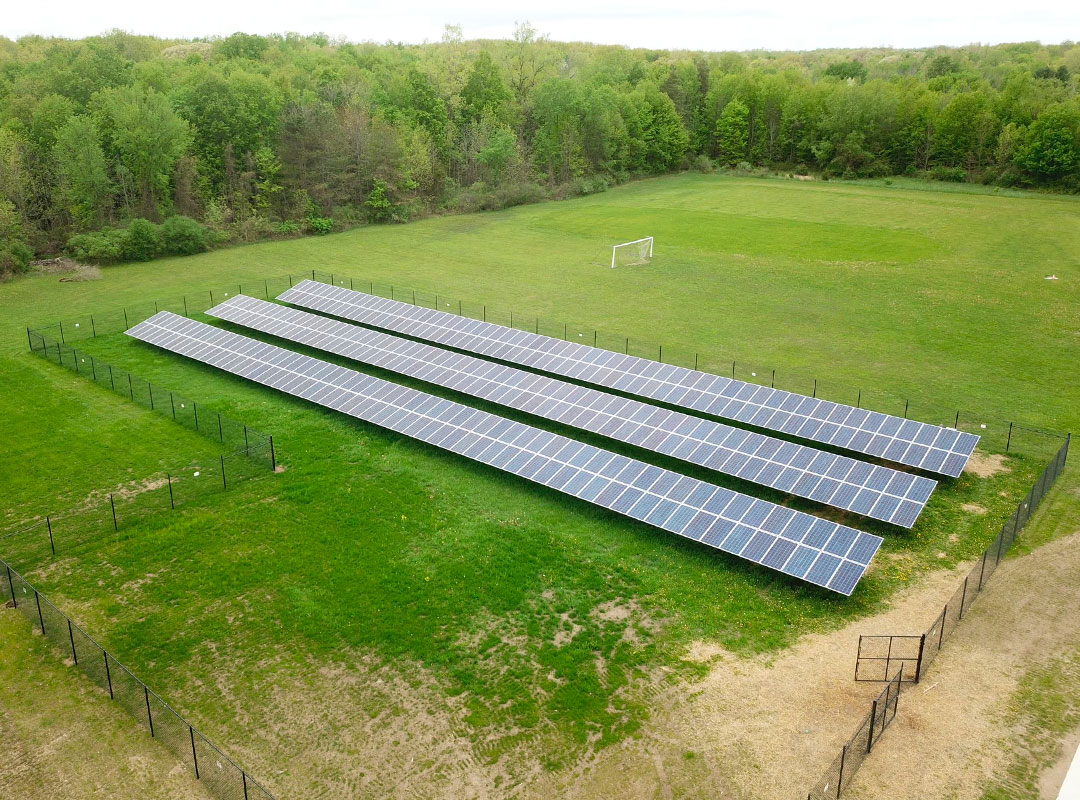 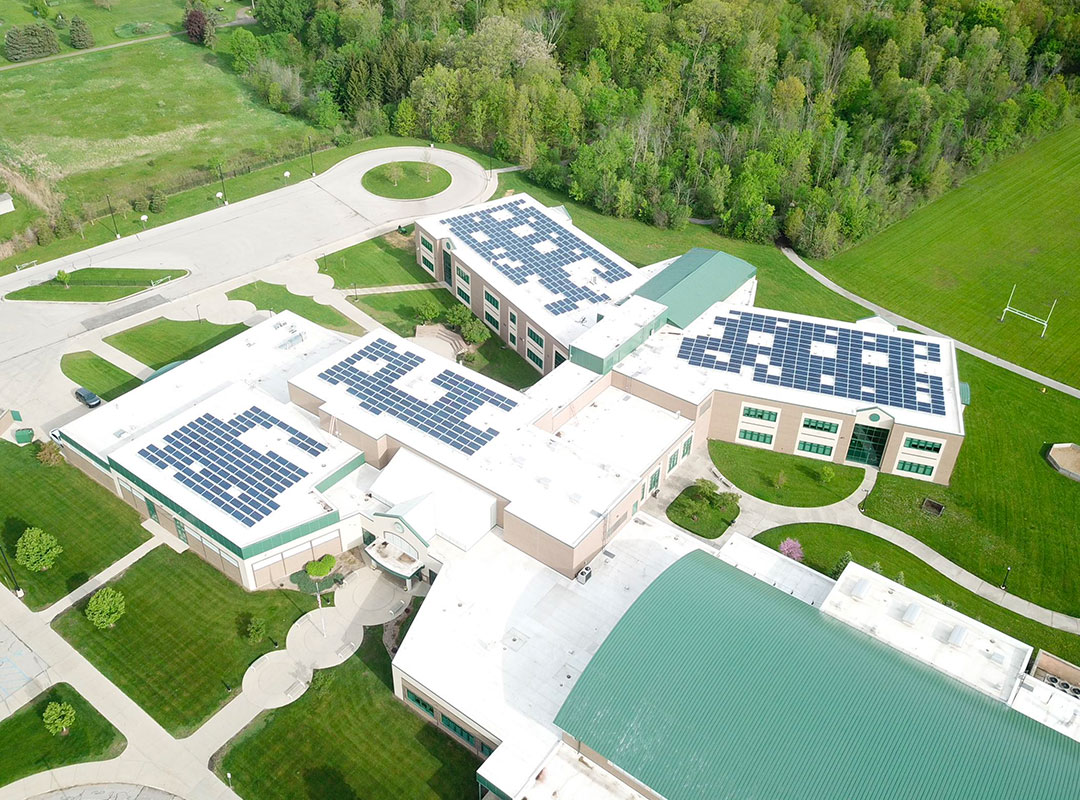 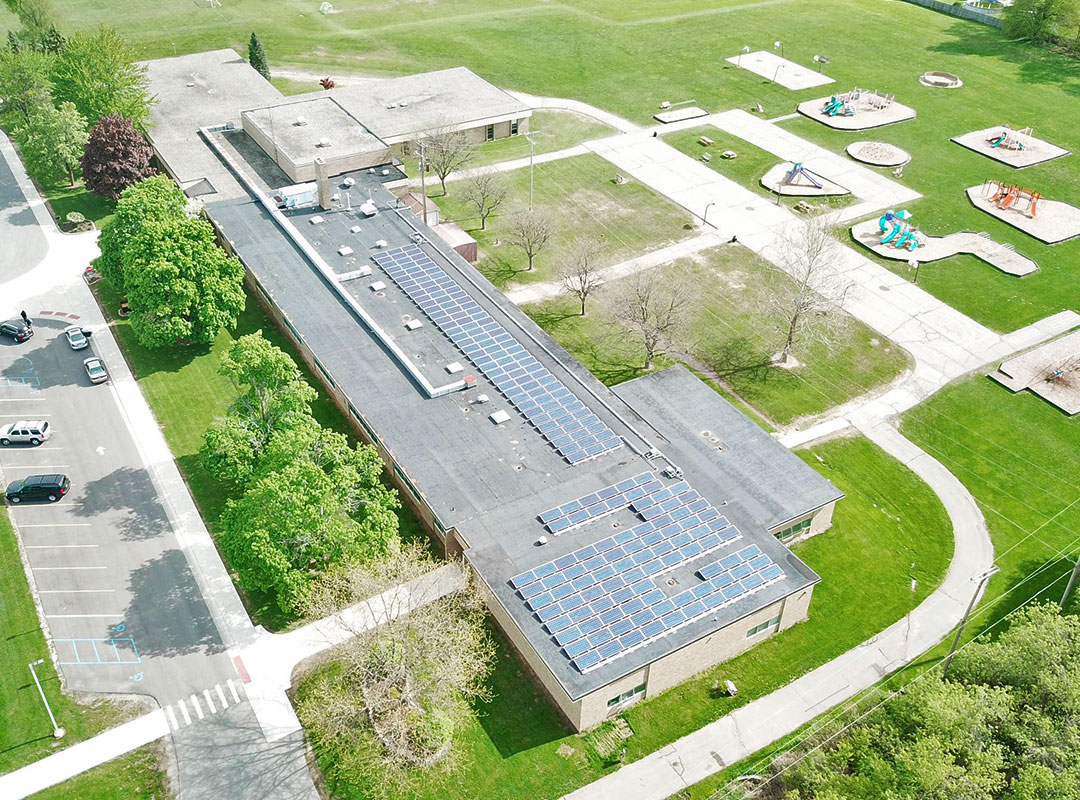