Rockville, MD.— More than 20 Maine-based commercial and institutional organizations are reducing their energy costs and contributing to the clean energy economy through a new community solar project in Bethel, Maine. The project, which is complete and operational, was financed and is owned and operated by Standard Solar and developed in partnership with ECA Solar. 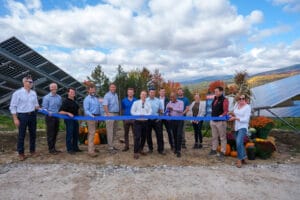 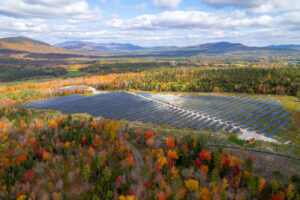 “As Maine continues its drive toward statewide clean-energy and climate-fighting goals, getting projects such as this one in Bethel completed and operational is critical,” said Harry Benson, Director, Business Development, Standard Solar. “Standard Solar is proud to be part of one of Maine’s first completed and operational community solar projects, and we look forward to adding more projects throughout the state to make solar energy more accessible and affordable to Mainers.”

“Throughout the past two years, the Town of Bethel and the State of Maine played a key role in supporting the development and construction of this clean energy system. Among other benefits, our collective efforts were able to provide well-paying jobs using local contractors and considerable energy savings and price certainty to some of Maine’s largest employers. ECA Solar is proud to be a member of the Bethel community and is optimistic about the positive impact our project will have on the area.”

The Bethel project – and more than 45 MW in Maine – joins Standard Solar’s 200+ MW portfolio of community solar projects funded and operating with partners around the United States. The company is actively seeking additional projects to fund and add to its asset portfolio.

Standard Solar is powering the nation’s energy transformation – channeling its project development capabilities, financial strength and technical expertise to deliver the benefits of solar, as well as solar + storage, to businesses, institutions, farms, governments, communities and utilities. Building on 17 years of sustainable growth and in-house and tax equity investment capital, Standard Solar is a national leader in the development, funding and long-term ownership and operation of commercial and community solar assets. Recognized as an established financial partner with immediate, deep resources, the company owns and operates more than 225 megawatts of solar across the United States. Standard Solar is based in Rockville, Md. Learn more at standardsolar.com, LinkedIn and Twitter: @StandardSolar.

Powering the future at @ColoradoStateU with our partners @NamasteSolar, Solaris Energy https://source.colostate.edu/solar-installations-renewable-energy/