Today, Perdue was talking about more than just chickens – it was about going solar. At an event being held at Perdue’s corporate offices in Salisbury, Md., the No. 1 chicken company in the East signed a 15-year agreement to purchase solar panels installed by Standard Solar. 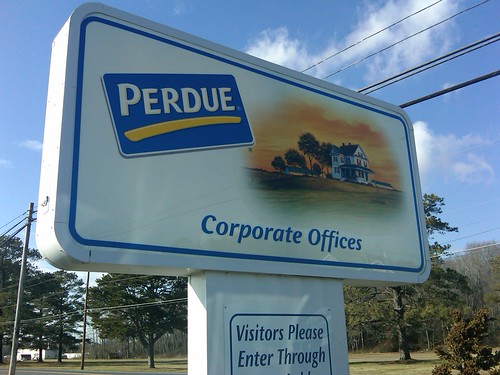 More than 11,000 panels will be installed at two different Perdue facilities, covering the equivalent of approximately 10 football fields. It will be one of the largest commercially-owned solar power systems in the eastern United States.

The system will be owned and operated by Washington Gas Energy Services, Inc. and will generate about 3,700 megawatt hours of electricity each year – the amount of power used by 340 typical homes.

Officials from Perdue and Washington Gas Energy Services – as well as Standard Solar President Scott Wiater – spoke at today’s event about how thrilled they are to be involved in such a monumental project.

“We applaud Perdue for taking such a significant step toward energy independence and are pleased to be part of one of the largest solar installations on the East Coast,” Wiater said.