I watched in disbelief yesterday as Suniva’s former executives, attorneys and paid consultants testified before the U.S. International Trade Commission (USITC) pushing their ridiculous Section 201 trade case, about which I’ve written extensively. All of their arguments, of course, were complete nonsense.

But the moment I realized that no one affiliated with the company had even an ounce of shame was when I heard them suggesting that they were only interested in reviving the bankrupt module manufacturer.

What a load of poppycock.

Just three months ago, Suniva’s real owners— the “Debtor in Possession,” a finance firm called SQN Capital Management (SQN)—was offering to kill off its “child” for the tidy sum of $55 million—and that is not an exaggeration. If you don’t believe me, read the letter embedded below which was placed into the record by one of SEIA’s attorneys. It reads like an extortion letter out of a bad Mafia movie.

In it, SQN tells the arm of the Chinese Chamber of Commerce representing solar manufacturers that if only the Chinese solar companies would fork over $55 million, SAS would:

With friends like that, you can see why Suniva went bankrupt.

Does any of that sound like a company that intends to revive anything? No. SQN would apparently sell out their mother (or the U.S. solar industry) if it meant it could recover a few more bucks, and Suniva’s not even a relative.

So, when Suniva executives told the USITC they planned to make Suniva great again, they obviously lied. SQN was in the hearing room, but did not elect to testify. Probably because they would have been asked some rather embarrassing questions about their May 2017 letter to the Chinese.

I hope the commission looks through this travesty and sees the real owners for what they are: some greedy bankers who are trying a “Hail Mary” to get the federal government to rescue them from their poor investment decisions. Under no circumstances should they be rewarded with a favorable decision. 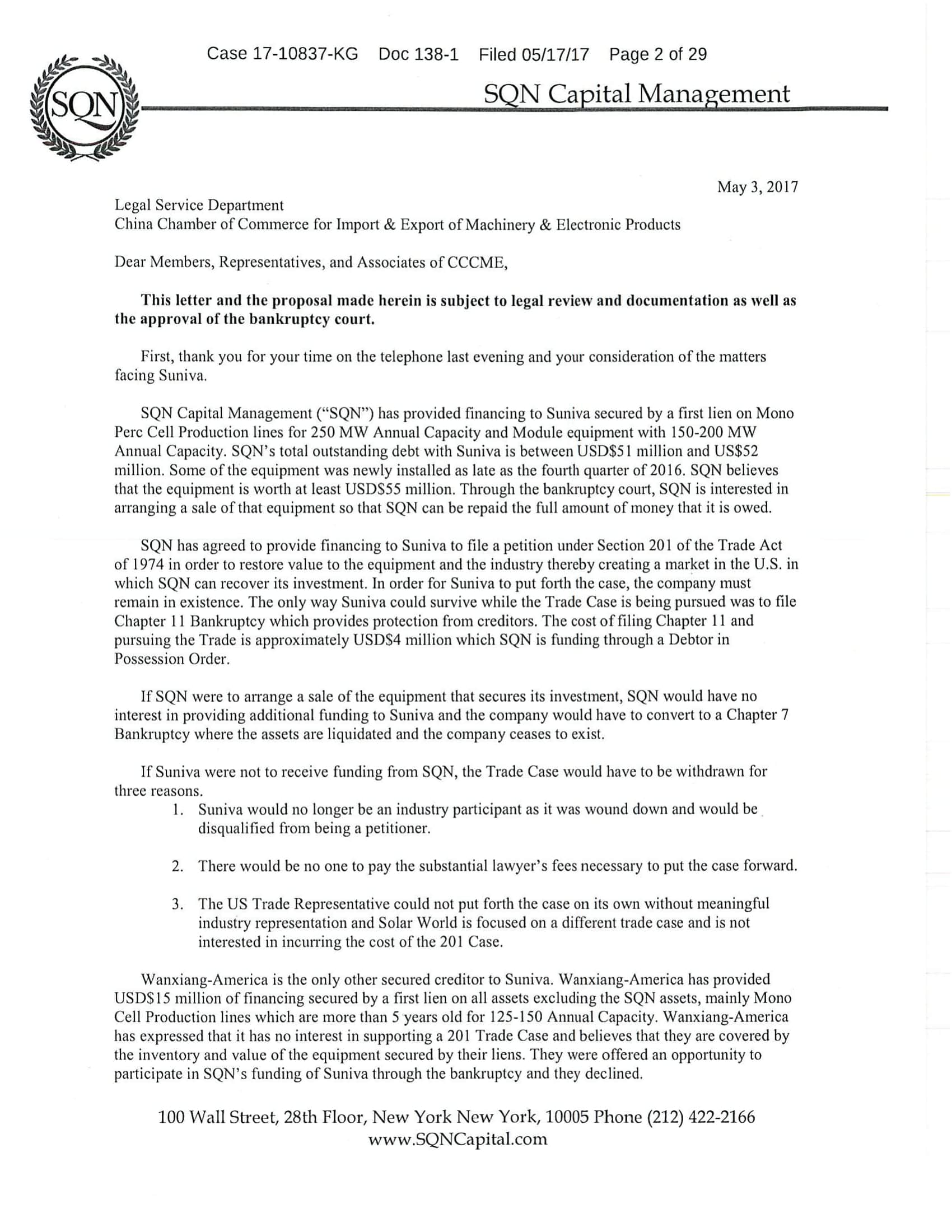 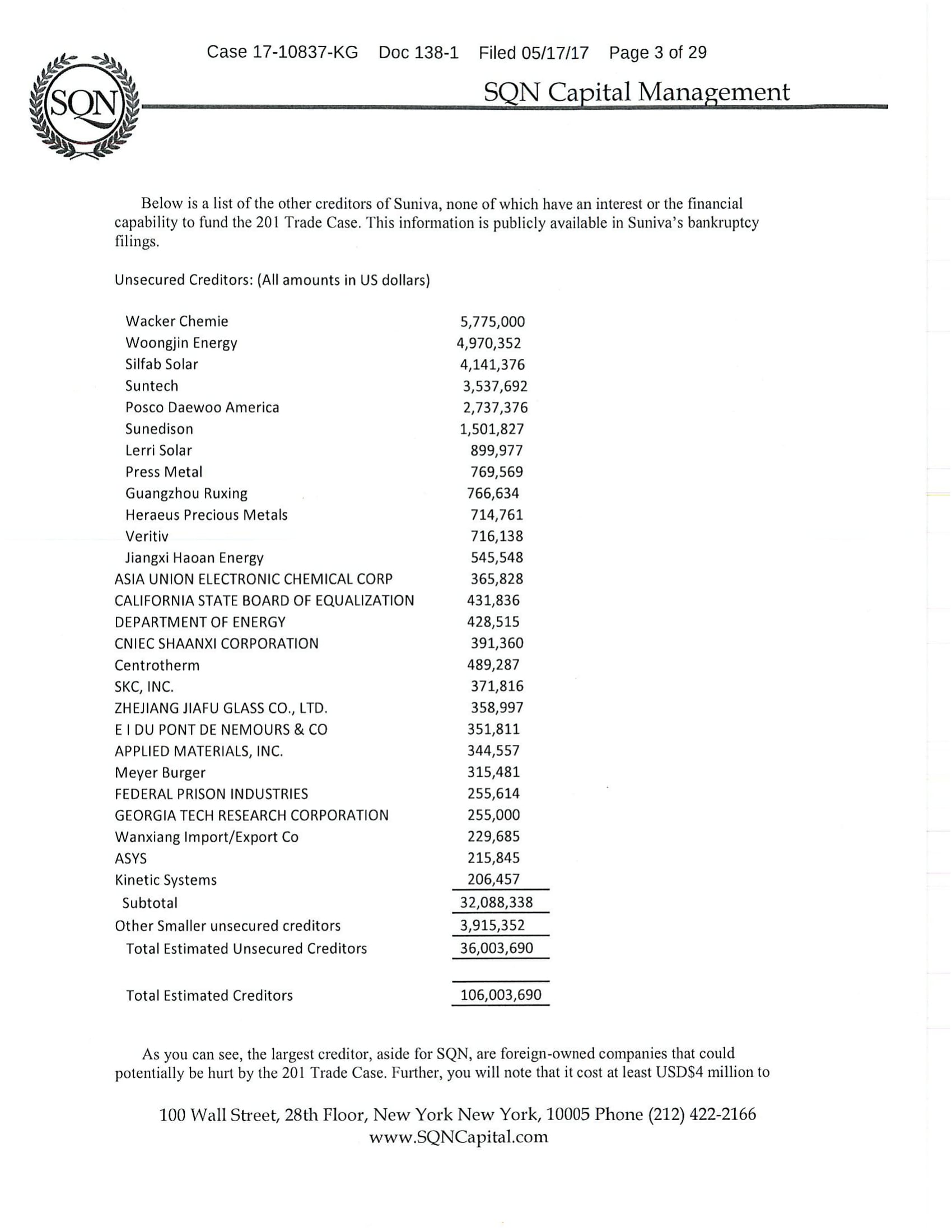 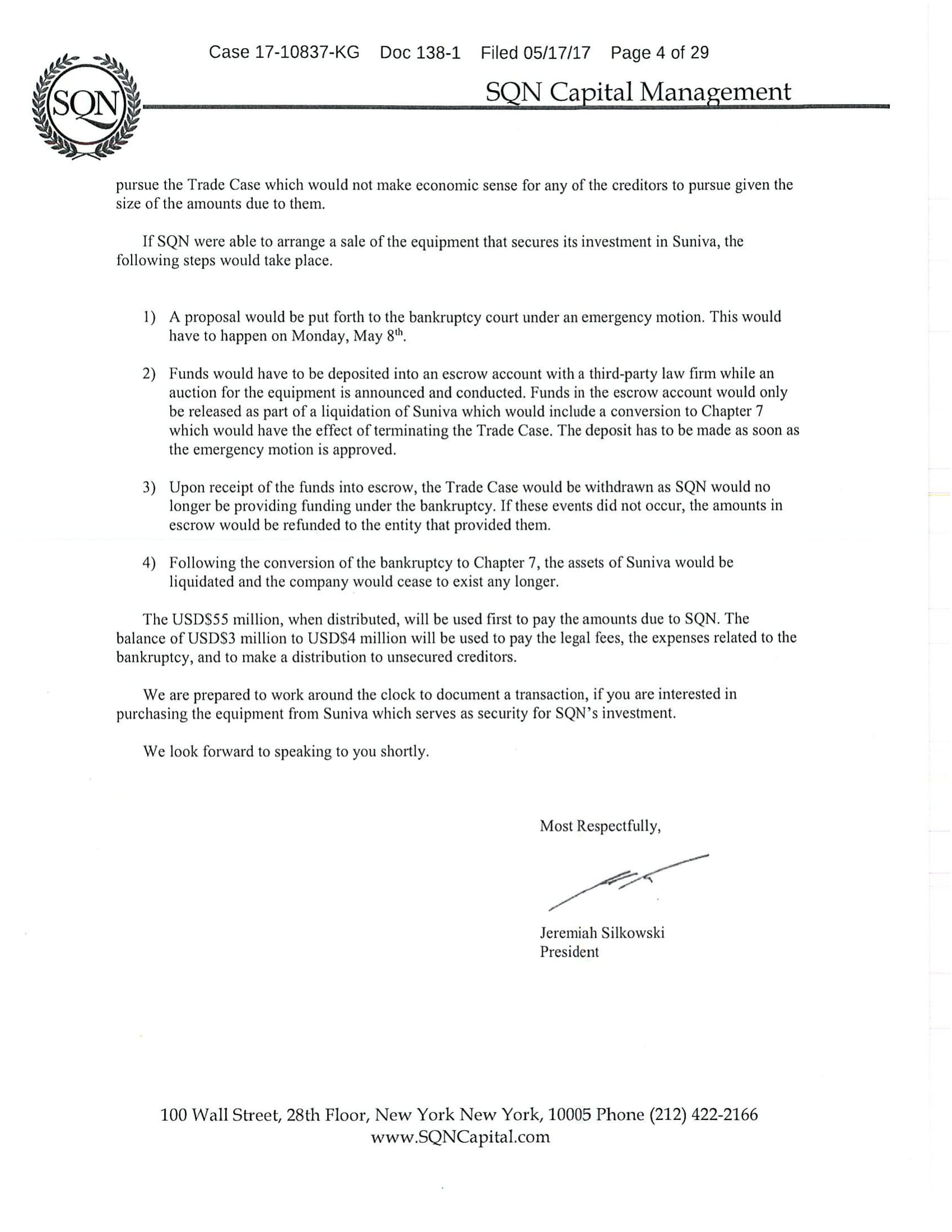