By now, you’ve heard that President Donald J. Trump has pulled out of the Paris Accords, the landmark climate agreement signed in 2015 in which 197 countries agreed to cut their greenhouse gas emissions to pre-industrial levels.

The point of the agreement was to avoid turning all life on Earth into some 12-year-old’s experiment, in which he (and it was always a he) held a magnifying glass over ants until they caught fire. Preventing that seemed like a good idea to President Barack Obama.

To President Trump, not so much.

Not that his attitude about the Paris Accords is any surprise. On the campaign trail, he promised to pull the United States out of the agreement and said on more than one occasion that climate change was a Chinese “hoax” designed to destroy the U.S. economy.

(It will come as no surprise to anyone that not only did China sign on to the Paris agreement, but that it is already far ahead of most other countries in meeting their obligations under it. Hoax indeed. Heck, even Vladimir Putin, whose influence on this administration is undeniable, supports the Paris Agreement.) 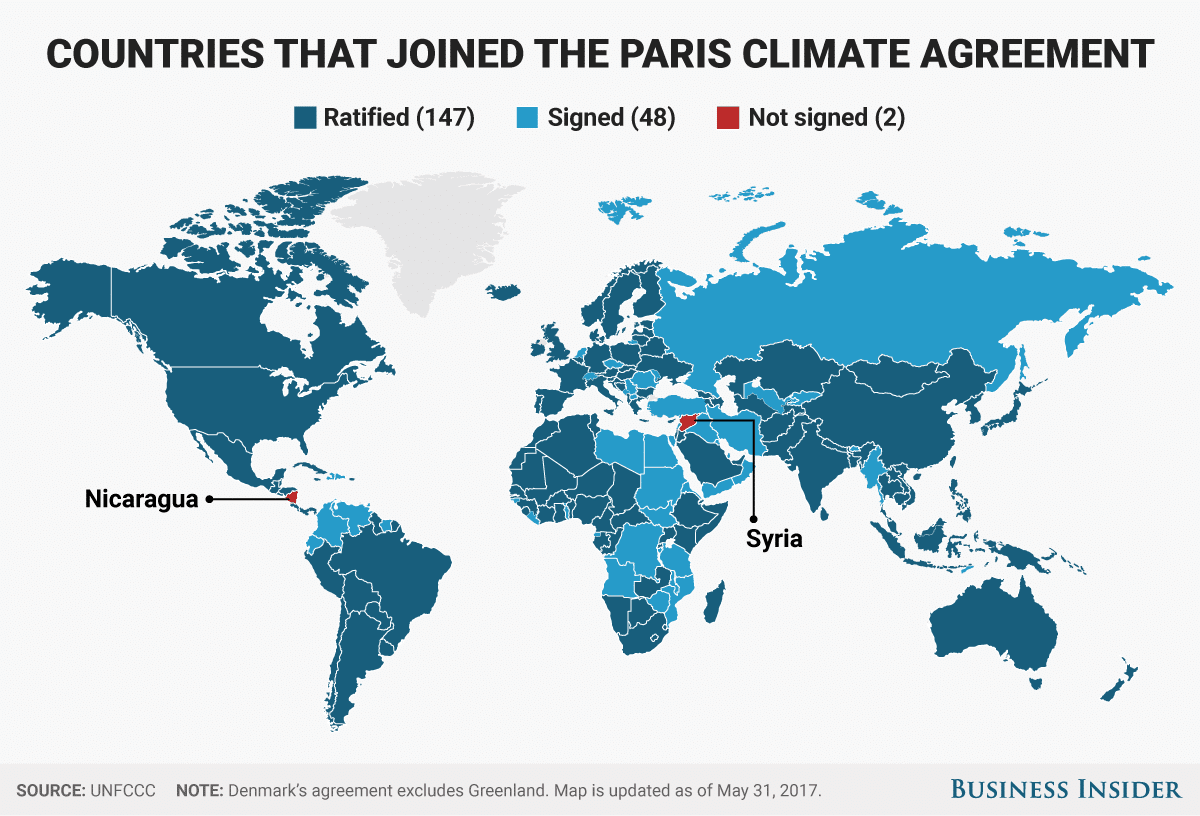 What does this development mean for the solar industry? Virtually nothing, as it turns out. The momentum for solar in the United States – and the rest of the world, for that matter – is too strong to be stopped by the decision of one country to exit the agreement.

In fact, I wouldn’t be surprised if it accelerates solar development around the world as countries rush to meet their goals so we don’t pass the point of no return and die in the process.

But that doesn’t mean the decision will have no ramifications in the United States. President Trump’s decision to exit an agreement we signed in good faith sends the message to the international community that the United States is a feckless partner not to be trusted in a fight, even one for the existence of the planet.

Further, it gives rise to the perception the U.S. no longer believes in science. And finally, it reveals that President Trump will make policy decisions based on narrow political concerns instead of how it will affect our allies and the rest of the world.

Look, I have no reasonable explanation for why the president decided to pull out of the Paris Accords. But I do know that we in the solar industry will soldier on, doing our part to reduce the potentially horrifying consequences of climate change.